Pre: For The Love
View All Projects
Next: Huberts Lemonade Social Mosaic
01

Monster Energy paired up with Activision, publisher of one of the highest-selling gaming franchises of all time, for a promotion that combined the Monster products and the "Call Of Duty: Advanced Warfare" game into one amazing promotional site. EKKO Media was called up to develop a website around the promotion, but also to develop a secure method of creating millions of unique redemption codes to support the promotion. Visitors who view the website are prompted to enter the sweepstakes and/or enter their code for in-game bonuses. EKKO Media was asked to produce a website as unique and interactive as the game itself. The final product we delivered not only satisfied every client request, but it was also honored with several industry awards for creativity and excellence.

The "Call of Duty: Advanced Warfare" / Monster Energy site features a unique, birds-eye perspective that guides the user to scroll to reveal different areas of the site. The users experience the feel of the game as they progress down the site with, where certain elements are displayed, such as smoke and fire embers floating through the air, as well as 3D, animated Monster Energy cans. Users have certainly appreciated the new look, the dynamic elements, and the immersive experience, as evidenced by the data. After the launch, the client saw very satisfactory data for time-on-site, user registration, and engagement. Sweepstakes redemption participation was far higher than thought possible, partly due to the integration of the "Call Of Duty: Advanced Warfare" video trailer.

View the website video tour below as we visually walk you through the "Call of Duty: Advanced Warfare" and Monster Energy Promotional project to give you the full user experience. We'll highlight the key features of the site so you can have a complete understanding of this amazing build.

Monster Energy and Call Of Duty have both developed stunning and unique visuals for their respective brands. Part of our challenge was to seamlessly blend from two, multi-billion dollar companies into a site that captures both in one seamless experience.

The team at EKKO Media pushed the boundaries of typical promotional sites and developed a birds-eye, vertical experience that would guide the users from section to section. The navigation remained fixed in the header, giving the user a choice to either be guided through the site by scrolling down or to quickly jump to any section they'd choose. 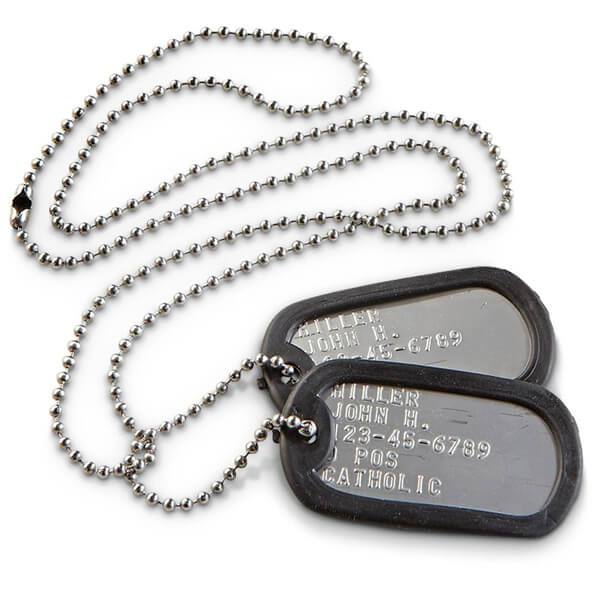 EKKO Media utilized a new approach to the creative elements, pulling from the COD game itself to help maintain consistency and to entice viewers to explore the game further. The final design integrated a war-torn scene with Monster Energy cans, smoke and fire embers. Users scroll down the screen as directed to redeem their product codes.

The EKKO team worked tirelessly to bring Monster’s vision to life. The end result was a highly-visual site that closely integrates the two brands seamlessly and consistently. As importantly, the dynamic visuals scale appropriately for mobile users, ensuring even higher levels of engagement. 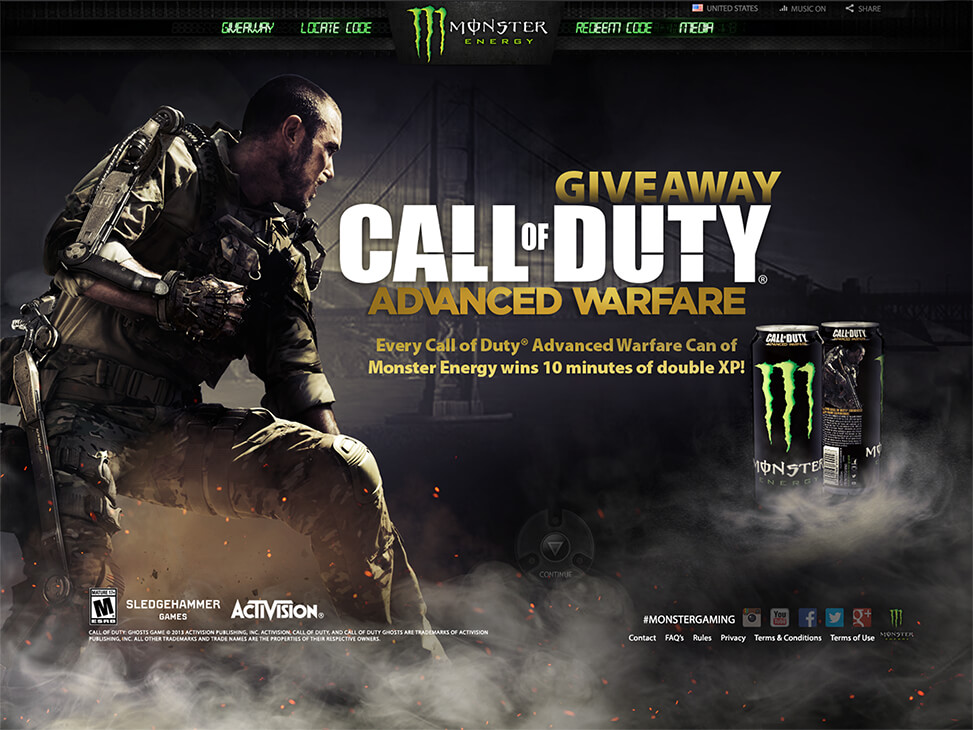 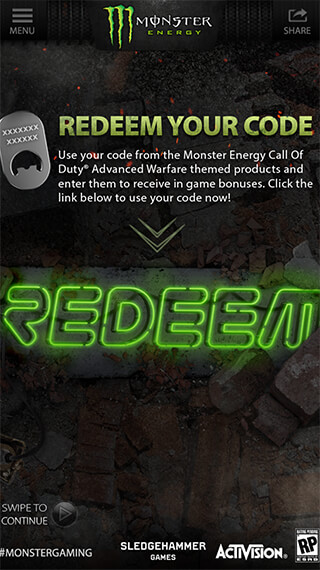 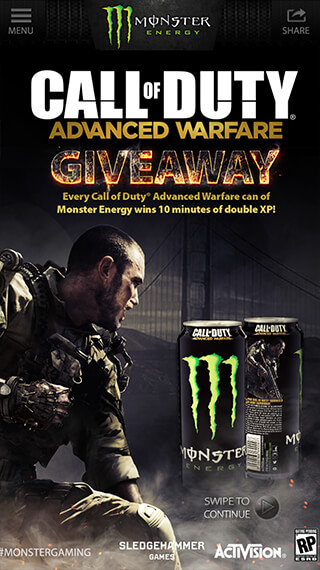 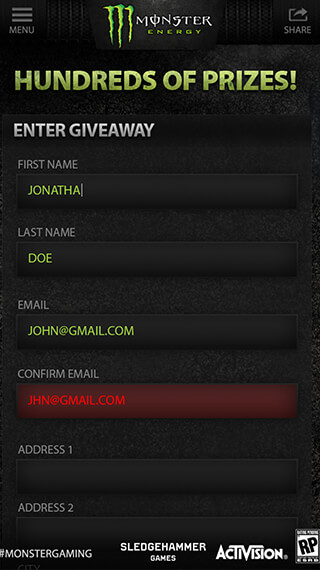 The site’s primary function is to allow users to explore and engage with aspects of the game. Throughout the site, users are prompted to enter the Monster Energy Sweepstakes and are directed to an area where they can exchange can-codes to receive in-game bonuses.

The mission-critical directive was the validation of sweepstakes entries based on specific age and region restrictions. The interactive website would also have verified the millions of can codes in order for users to redeem their bonuses. 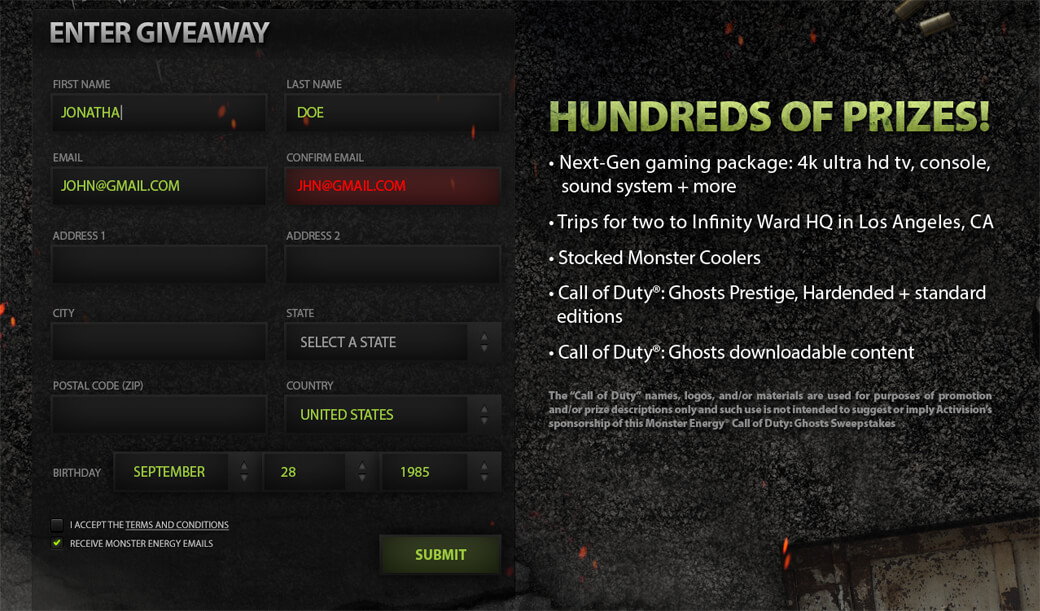 15 Countries were involved in this global sweepstakes. In each country, the user is presented with a sweepstakes promotion form that would validate the user’s entry based on region and age restrictions for their specified country and in accordance with promotion rules. 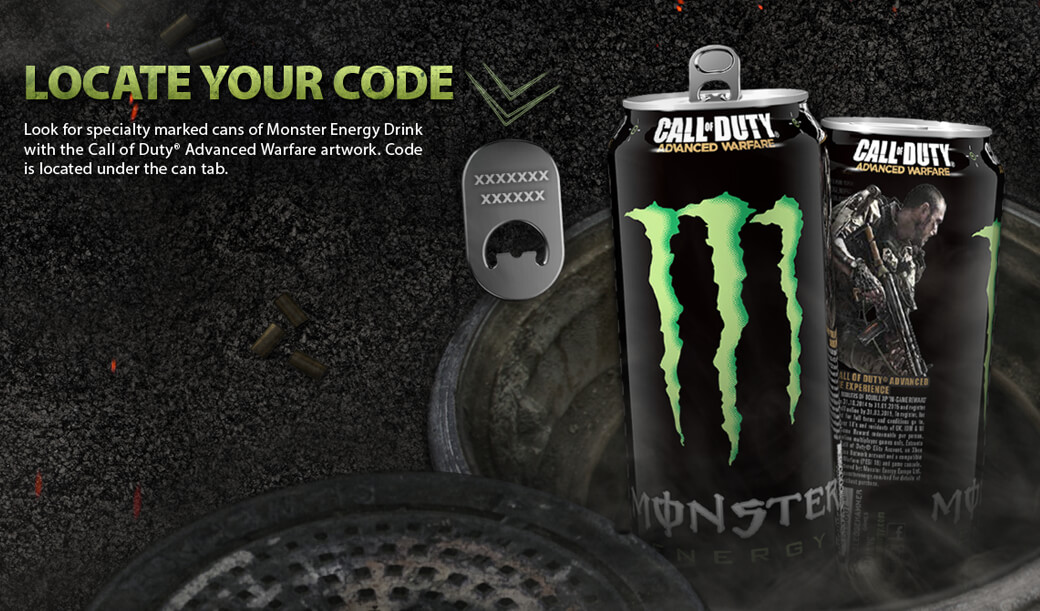 Users are presented with an animated call-to-action to redeem their product codes. After clicking the redeem link, the user is guided directed to enter their 12-digit code to be validated and in return provided an in-game bonus. 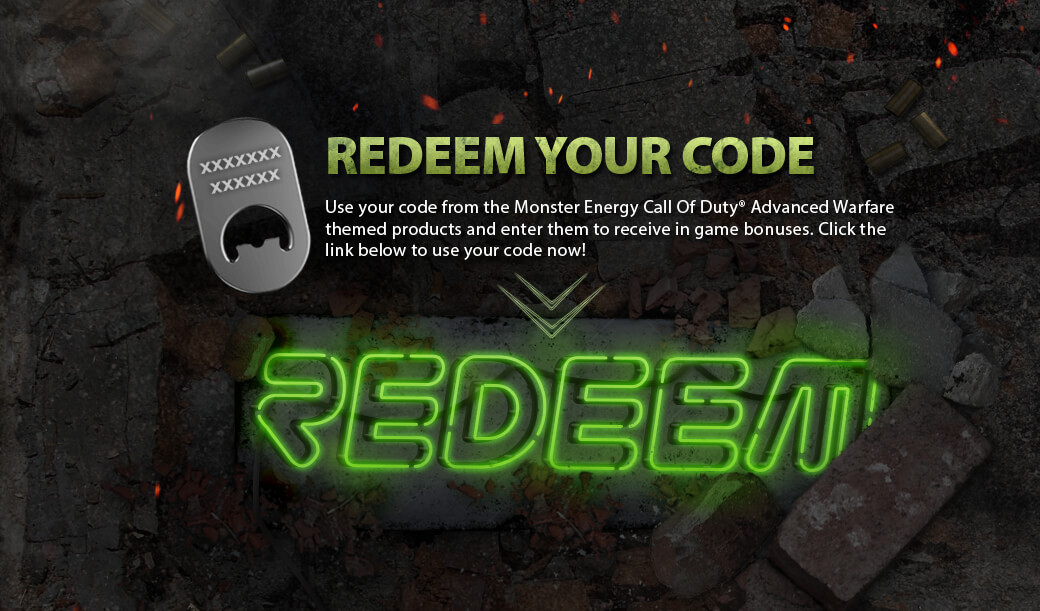 The code redemption aspect maximizes user engagement by not only prompting registration but participation in the game. All of the collected data is tracked and stored for future promotions and marketing.

As is the case with all projects, our goal is to thrill and delight our clients by meeting their design and functionality goals on-time and on-budget. The awards we receive are icing on the cake.